The Governor of Tennessee has passed a new law inspired by ailing Glen Campbell, which will help his children in the legal battle against his wife. 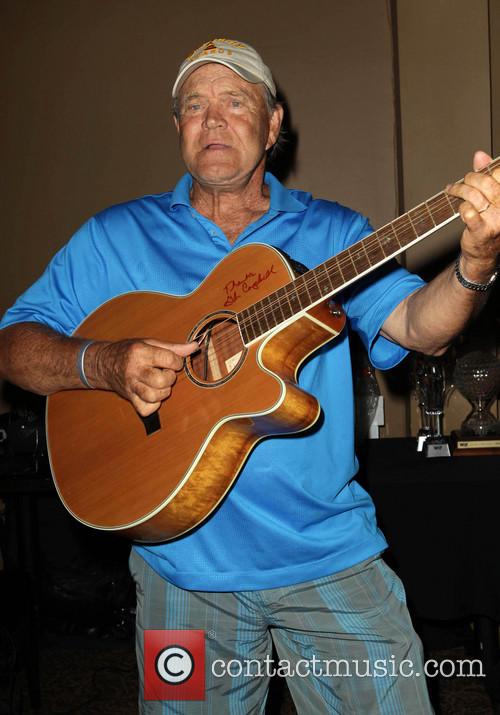 The Rhinestone Cowboy star is in the final stage of his Alzheimer's disease. A couple of years ago, his wife of 33 years, Kim Campbell, decided it was time to seek professional help for her confused husband so she admitted him to a memory care facility in Nashville.

However, Kim has been at odds with Glen's children from previous relationships, Debby and Travis, after they claimed she "secluded" the singer and prevented them from "participating" in their father's medical care.

But on Monday (16May16), they became one step closer to victory against Kim, after Governor Bill Haslam signed the Campbell/Falk Act, which protects communication and visitation rights for people who have become wards of the state and those who have conservators over their financial and living situations.

The law, named after the country music icon and Emmy-winning actor Peter Falk, restricts conservators from blocking interaction with loved ones. If the disabled person is unable to communicate, like in Campbell's case, his or her prior relationship with the visiting person presumes consent.

Thanks to the new legislation, Debby and Travis can now freely visit Glen unless specifically prohibited by a court order. Kim can only stop his children from interacting with the singer if she can prove just cause to a judge.

Debby, Travis and his wife Trudy teamed up with late Peter Falk's daughter Catherine to lobby for the bill. Catherine was in a similar situation as she claims her stepmother attempted to stop her from seeing her father while he suffered from dementia. Catherine alleges that her stepmother did not notify her of her father's death in 2011, nor his funeral.

Debbie, Travis, Trudy and Catherine were all at the Tennessee State Capitol when the law was passed on Monday, and also on hand to show her support was country legend Tanya Tucker, a close family friend who dated Glen in the early 1980s.