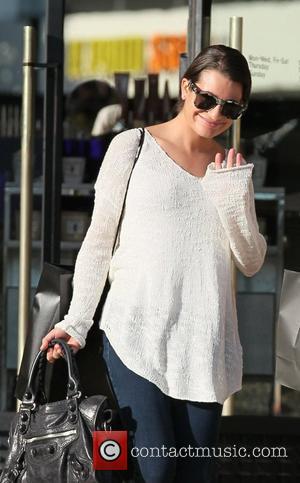 Glee stars Lea Michele and Cory Monteith were pictured together on Valentine's Day, sparking rumors that they are a couple. Lea and Corey play the on-screen couple Rachel and Finn on the show and now it seems that they have taken the relationship off-screen too. According to the UK Press Association, they were pictured enjoying a meal together at the high-end Italian restaurant Il Covo in Los Angeles.
Later in the week, Lea and Corey were also spotted together at the Ritz Carlton, adding further fuel to the speculation that they are now a couple. Lea Michele split from her former boyfriend Theo Stockman in September 2011. Both Lea and Cory have starred in Glee since it began in 2009. Monteith's character, Finn, is the school football team's star quarterback who risks alienation from his jock schoolmates when he joins the school's Glee club. Rachel is the talented star of the club, who often finds herself bullied by the footballers and their cheerleaders. Fans of the show often abbreviate the couple's names to "Finchel."
Later this year, Lea Michele is due to provide the voice of Dorothy in the animated tale Dorothy of Oz. The film will also feature the voices of Megan Hilty and Patrick Stewart and is scheduled for release in August 2012.