Glee Recap: 'Dynamic Duets' Brings Back The Warblers and a Hefty Amount Of Bromance 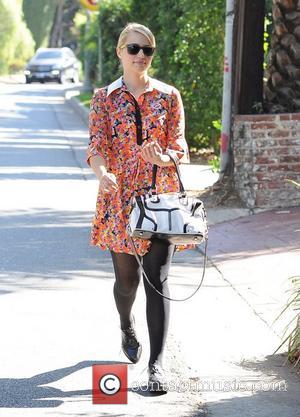 Whilst people across America were digging into their roast turkeys, the people over at Fox had their own special Thanksgiving gift for the nation: a brand new episode of Glee. A don't you worry, as it in no way disappointed whatsoever.

Having stolen New Directions' National Champs trophy, ex-Warbler Blaine heads to his former school to get their deserved prize back, which brings us to the return of former 'Klaine' villain Sebastian, who as it turns out is no longer captain of the Warblers, as that honor now belongs to Hunter (Nolan Funk). Hunter pleads with Blaine to "come home" - aka rejoin the Warblers - and brings out his old blazer and despite his hardest efforts to avoid temptation Blaine can no longer take the pressure and returns to his old gang, with the track 'Dark Side' with he reunited comrades.

Blaine soon realises that the only thing keeping him at McKinley is Kurt (Chris Colfer), so he decides to transfer back to Dalton too, just when it seemed like things were going oh so smoothly. Fortunately for the New Directions team, Sam (Chord Overstreet), has already proved more than his fair share of support for most of the gang in their respective times of need, and again he was there to offer a shoulder to lean against.

Also in the episode, whilst Jake (Jacob Artist), Marley (Melissa Benoist) and Ryder (Blake Jenner) continued their ongoing love triangle, it looks like things may move in more of a straight line soon as Jake and Ryder struck up quite the bromance over the episode, revealing one big secret about each other. Jake said that he doesn't feel like he belongs anywhere because he is inter-racial, whilst Ryder admitted that he can't read, later being diagnosed as dyslexic in the episode. Even more encouraging in this ongoing love triangle was that it seems as though both boys are willing to back down from competing for Marley, which is great news for Jake as Marley asked him out on a date at the end of the show.