Review of Glasvegas Album by Glasvegas 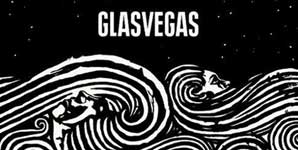 So far, 2008 has been a very productive year for Glasvegas. They have supported Kings of Leon at Brixton Academy, Debbie Harry has gone on record as a huge fan, most future dates are SOLD OUT!, the band stop playing - mid-song - at gigs so the entire crowd can take over and sing the songs. The buzz, created through press hysteria is growing daily and now, the album is out and sounds amazing.

The band has already released two singles; Geraldine and Daddy's Gone, though Columbia records (which charted high: 16 and 12 respectively) as well as a couple of indie 7 inches. Now their ever growing base of fans can get their teeth into a Glasvegas long player co-produced by James Allen (vocals) and Rich Costey, producer of Muse, Franz Ferdinand and Interpol.

For you lazy readers out there I will put you out of your misery. The album is brilliant. Go buy it!

If you have seen Glasvegas live (the band has toured continuously since October last year as well as cameo-ing at every festival this summer) then you have heard this album already, apart from the chilling "Stabbed".

The tracks you don't already know sit well next to the singles and give the album good range as well as further showcasing James Allen's accomplished song writing talents and classic rock vocals. It is in the song writing department that Glasvegas leave a lot of bands standing. Like all great recipes there is the perfect mix of sweet and sour (point and counter point) - James Allan sings of School yard bullies, Social worker/client relationships, broken child-hoods and the anguish surrounding the death of 15-year-old Kriss Donald, murdered in 2004 by five men (The band collected their recent NME award in the memory of Kriss) over sugary melodies. This album has the chemistry of any classic album:- The Bends, Definitely Maybe or even Back to Black.

Glasvegas, like The Ramones don't stray far from the well trodden chord and melody paths of those glory year Rock n Roll greats - Elvis, Buddy Holly but their message, James's poetic writing, the bands performance and the producer are all pulling together - to make a cutting, modern and relevant record .

The recording has managed to keep the simple power of the live shows but with Rich on board the album is as contemporary and heavy sounding as anything else out there. "Rich is that skilled at mixing and producing that he could have quite easily over produced this record" Rab Allan (Guitar) told me recently. You get the feeling James and the band had a very clear vision of how this record should sound before recording anything. If you listen to their earlier releases the only difference in sound is the sonic scope and fine detail that Rich has lovingly added. The first 3 tracks alone out do most albums recently released by guitar bands - in song writing and in production.

All in all I think Glasvegas are a breath of fresh air in a rather stale guitar band environment. Although they may not be doing anything new - they have crafted beautiful songs with meaning and that is enough to stir me.

I got through the entire review without mentioning Allan Mcgee, The Jesus and Mary Chain or The Proclaimers. Nice!