The Story So Far: After forming the band in 2006, Glasvegas played at the legendary Glasgow venue, King Tut's Wah Wah Hut. It was at this gig that they were spotted by the former Creation label manager, Alan McGee. McGee has since become an outspoken supporter of Glasvegas.

The band's first single, 'Go Square Go!' was released in October 2006. The release was self-funded by the band. The second single, 'Daddy's Gone' was released in November 2007. The single sold out and the NME music paper named it the second best single of the year. 'It's My Own Cheating Heart That Makes Me Lie' was the band's third single, released in February 2008.

Following the release of the third single, Glasvegas signed to Columbia Records, following a major label bidding war. Two weeks after signing the deal, they won the Philip Hall Radar Award at the NME Awards. Philip Hall was the founder of the Hall Or Nothing press company, and the award has become a prestigious recognition of new talent.

The band's debut album, Glasvegas, was produced by James Allan and Rich Costey, at Brooklyn Recording Studios in New York. Costey has previously worked with the likes of Franz Ferdinand, Interpol and Muse.

The album's release date was set for September 2008 and the band took the unusual move of ensuring that fans that had previously bought the singles through iTunes would not get charged again for those tracks when they bought the album in the same way.

The album received a great deal of critical acclaim, with Observer Music Monthly likening it, in stature, to Oasis' Definitely Maybe and many journalists comparing the band's sound to that of My Bloody Valentine and other 'shoegaze' bands like Ride and The Jesus and Mary Chain (another Scottish band once championed by McGee).

By Dom Gourlay in Music Reviews on 03 October 2013

It seems inconceivable to think that, for a band seemingly on the cusp of widespread international recognition less than five years ago, any mention of the name "Glasvegas" these days is usually preceded by "Whatever happened to.?" Public breakdowns, band members departing and the ignominy of being dropped by a major record label all being contributing factors, it's fair to say Glasvegas have several good reasons to believe lady luck and the treacherous nature of the music industry have conspired against them. Ever since their highly acclaimed debut emerged five years ago this month, the weight of expectation has proved an unbearably terse burden for the band and something which has dogged them ever since. While initially well received critically in some quarters, 2011's follow-up record 'Euphoric Heartbreak' failed to capture the imagination of Joe Public despite its ambitious overtones. Which brings us to where Glasvegas find themselves at this present moment in time.

Having regrouped shortly after the severance of their contract with Columbia, it wasn't long before the songs started taking shape for the next record. Indeed, several of those that made it onto 'Later. When The TV Turns To Static' have been a part of the live set for a good fifteen months or so now. At the time, still without a label, the band set up their own Go Wow imprint solely for the purpose of releasing the album. Since then, of course, Glasvegas have inked a deal with another major (BMG), but at the time of recording 'Later.' it would be difficult to envisage morale in the camp to be anything but low. Which is probably why, for the most part, 'Later.' takes a very maudlin, self-deprecating journey and, perversely, sounds all the more interesting than its predecessor as a result.

With its brooding introductory bassline wrenching at the speakers, building emphatically throughout, the title track sounds like a close cousin of 'It's My Own Cheating Heart That Makes Me Cry'. James Allan opines "I didn't want to walk away" in the most passive, lovelorn manner while cousin Rab's guitar swoons on the surface. As a result, it manifests as arguably Glasvegas' most defining moment since that first record, and in many ways sets the agenda for what follows.

It's difficult to know where to start with Glasvegas. There's the version that musically referenced a boxing match between The Libertines and The Jesus & Mary Chain - the Reid brothers inevitably won by an early knock out - or the one that seemed to traverse into a celebrity world where believing one's own hype was the order of the day. Even now, listening back to those early demos of 'I'm Gonna Get Stabbed' and 'Flowers And Football Tops' it's nigh-on impossible to pinpoint where that band fuelled on raw energy and enthusiastic bravado turned into the more studied, stadium fixated product on display throughout 'Euphoric /// Heartbreak \\\'.

Watch our Video Interview with Rab from Glasvegas

By Neal Addison in Music Reviews on 17 December 2008

By Laura Johnstone in Music Reviews on 08 December 2008

Review of Glasvegas live at the Nottingham Rescue Rooms.

Glasvegas, A Snowflake Fell (And It Felt Like A Kiss) EP Review

By Dom Gourlay in Music Reviews on 27 November 2008

Continue reading: Glasvegas, A Snowflake Fell (And It Felt Like A Kiss) EP Review 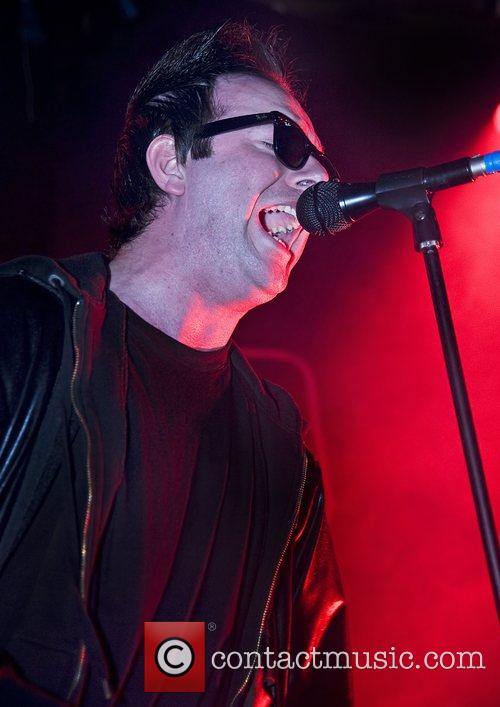