Third Glastonbury Headliner To Be Announced On June 1st

Michael Eavis was speaking at an event in London when he revealed when Glasto would announce the mystery third headliner.

It looks like Glastonbury is going to keep the speculation about its third and final headliner going pretty much right up until the festival itself. Michael Eavis, the owner of Worthy Farm where the three-day event is held, has revealed that the announcement will come on June 1st.

The NME reported that Eavis was speaking at an event at London’s Victoria and Albert Museum on Tuesday evening (April 21st), describing the history of the prestigious festival. It was when he was talking to attendees and posing for pictures afterwards that he made the revelation – adding that the artist would be a “big one”. 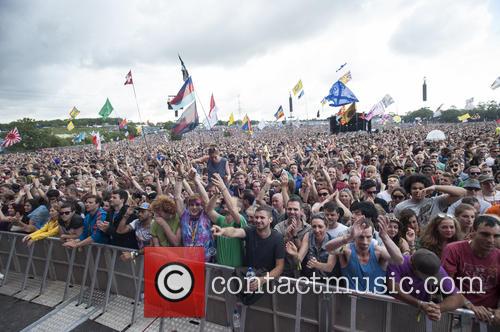 A shot of the crowd at Glastonbury 2014

eFestivals followed this up with some questions to Eavis on Wednesday, asking for some more clues as to the mystery headliner’s identity. He responded by dropping the bomb that the headliner would consist of two acts rather than one, and that both would “most likely” be British.

Well, well, well… who could it be? The speculation has been rampant over the last month as to who’ll be joining Foo Fighters and Kanye West in headlining the iconic Pyramid Stage on the closing Sunday night. Coldplay are the 3/1 favourites with bookies William Hill, although Eavis’ daughter Emily has previously ruled them out.

NME have pointed out that Muse and AC/DC have prior commitments on the date in question (June 28th). An outside shot might be a reformed Led Zeppelin, although that’s receiving some pretty long odds. Blur, who are about to release their first album in twelve years, might be a more sensible bet, though they headlined the festival as recently as 2009.

Whoever it turns out to be, it will be the cherry on the icing that tops an already delicious musical cake. Just some of the performers are: Alt-J, Florence + The Machine, Jamie T, The Chemical Brothers, Alabama Shakes, FKA Twigs, Catfish And The Bottlemen, Belle & Sebastian, The Vaccines, Patti Smith, Hot Chip, Run The Jewels, Future Islands and Charli XCX.