Glastonbury May Have To Move Site In The Future, Says Michael Eavis

The festival, which will open its gates to 135,000 ticket holders next week, may have to re-locate in the future because of planning difficulties to do with multiple land-ownership.

Glastonbury has become one of the key dates in Britain’s social calendar over the last ten years, but a major shake-up of the festival could be on the horizon. Michael Eavis, the founder and organiser of the annual musical celebration, has admitted that it may have to move location in the future.

With just a week to go until the 2015 edition, which will see headline performances by Florence + The Machine, Kanye West and The Who, 79 year old Eavis told Sky News on Friday (June 19th) that he does not own the entire site and, as a result, is finding it increasingly difficult to get the requisite commissions to stage the event each year. 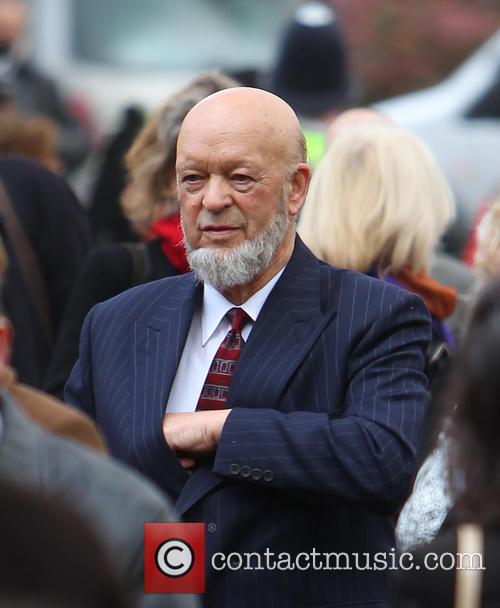 “I'm always worried about the future, about the land not being available because I only own the middle bit,” he revealed. According to him, the place where the main Pyramid Stage sits belongs to the farm but the surrounding areas and campsite belong to other people. The solution, therefore, may be to move the festival to make it easier to organise.

“I may have to find a site that's bigger and is all under the control of one person. That's the ideal situation, so that might happen in the long-term”. In a report by the Belfast Telegraph, his daughter Emily (36) who now handles most of the day-to-day running of the event says her father is thinking about a potential move in terms of “one last risk”.

The Glastonbury site is actually a functioning dairy farm during the months of the year when the festival isn’t being organised or cleaned up. Of course, such speculation from Eavis will concern businesses in the area, for whom the festival which has been going since 1970 represents a huge economic boost.

In reaction, Q magazine’s Paul Stokes urged caution about such a relocation. “Forget the stone circle - what really makes it unique is having Michael Eavis' house at the top of the site, the fact that you know who the owner is rather than a faceless corporation that you get at some other events,” he said. “You've got to be really careful where you put it, you can't just put it on a piece of tarmac.”

Pressed on specifics, Eavis remained tight-lipped, not giving away any time-frame or any particular sites. “All good things come to an end and one has to make changes. I would love it to stay but it's getting very, very complicated now,” he said.