Michael Eavis claims that the 2019 edition of Glastonbury Festival will take place "towards the Midlands".

Glastonbury founder Michael Eavis has announced that the festival will temporarily re-locate to another site nearly 100 miles away in 2019, in order to allow the land at its longstanding home at Worthy Farm a second year to recover.

While he was not specific about the site to which it would be moving, Eavis told the BBC on Monday (December 19th) that it would be “towards the Midlands”. A proposed move to Longleat was believed to have fallen through earlier this year, so speculation is rife as to the location that's being planned. 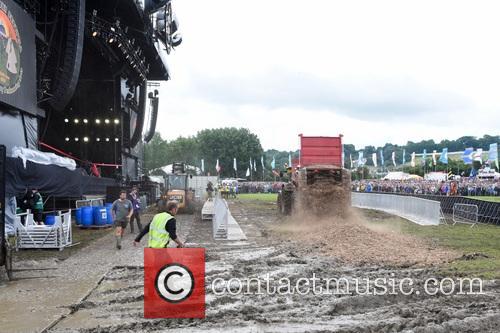 The appalling mud at this year's festival has taken its toll

“I am arranging for one year off, say every fifth year or so, to try and move the show to a site that's more suitable, I have to say,” the 81 year old farmer-turned-festival owner said. “But it would be a huge loss to Somerset if it went there forever, would it not? We've got a wonderful product what we do and we can do it almost anywhere.”

Glastonbury Festival was established in 1970, and has become the most famous music festival in the world. However, Eavis has traditionally allowed the farmland to recover every fourth or fifth year in the past by not holding the festival, and hinted after the 2016 edition that Worthy Farm may not be its home forever.

More: Glastonbury Festival sells out in minutes, despite website difficulties for many fans

In part, this is because he relies upon the co-operation of neighbouring landowners to hold the festival, as Worthy Farm constitutes only a small part of the festival’s massive site – and this costs money. 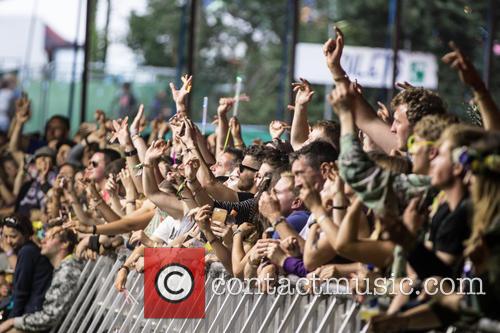 The crowd at the John Peel Stage at Glastonbury 2016

“I love my own farm… I might have to move it eventually,” Eavis said about this issue. “Most people are on side now and it's a wonderful, wonderful boost for the whole of Somerset and beyond as well. I don't want to lose it for ever, no way.”

Radiohead were confirmed last month as the first headliners of the 2017 edition of Glastonbury, while the likes of Ed Sheeran, Foo Fighters and Guns N’ Roses are being tipped as the other headliners. There will be no festival in 2018, with the land being allowed to recover.