Glastonbury will also have a fallow year in 2018, with no decisions made about where it will be based in the future beyond that.

It may the biggest and most prestigious music festival in the world, beloved by millions of revellers, but the long-term future of Glastonbury is reportedly under threat, with its founder Michael Eavis quoted as saying he “fears” it may not have a home after 2017.

It has previously been indicated by the Eavis family that safety concerns about a pipeline running underneath Worthy Farm has meant that a move to Longleat Safari Park in nearby Wiltshire has been under negotiation. However, a report in The Telegraph on Monday (September 12th) quotes Eavis as saying that talks with the estate have broken down. 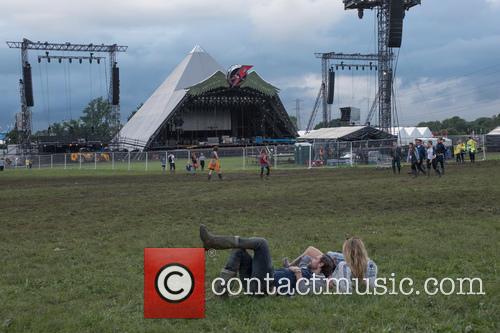 The iconic Pyramid Stage at Glastonbury, 2016

“Longleat probably won't happen anymore,” Eavis said. “Lord Bath is really keen. I went to him because I knew him when he was a boy. But he and his son aren't agreeing, and they don't speak very much, so it's hard to make decisions. I haven't been able to sit down with all of them at the same time.”

Eavis revealed that Lord Bath’s son, Ceawlin Thynn (Viscount Weymouth) had been invited to this year’s festival, but that the worst rain and mud since the festival began 46 years ago had put them off and influenced their opinion about holding the festival at Longleat, for fear of the same conditions striking again.

“Ceawlin and Emma (McQuiston, wife) don't like the mud. They saw the mud at its worst. They were supposed to come and see it all cleaned up on September 1st, but they didn't turn up.”

“They let me down gently about their decision. I went round to their house and we had a very long discussion. They said to clean up all that mud, they'd have to restrict the whole of the operations at Longleat for about three months and it's too expensive.”

The news was announced on the same day as the festival confirmed that the Worthy Farm site would lie fallow in 2018, raising the possibility that the 2017 edition could be the final Glastonbury at its original site.

“We can also confirm that we will be taking our next fallow year in 2018, in order to give the farm, the village and the festival team the traditional year off. There are no plans to hold an event at another location in 2018.”

More: Will Ed Sheeran be headlining Glastonbury in 2017?