Being the biggest festival in the UK, there's a lot of pressure on Glastonbury organisers to put together something unique and excellent each year for the 175,000 campers that flock to the site, and by the looks of the early line-up release, 2015 will be no exception.

The booking of Kanye West as a headliner may have caused quite a stir online earlier this year, with a petition quickly beginning to circle to get his name off the bill, and while the announcement was something of a shock for the potential festival goers, his name wasn't the only one to come as a surprise. Though always, of course, of the pleasant variety.

More: Petitioners campaign to get Kanye West off the Glastonbury line-up

Also on the main line-up are heavy metal veterans Motorhead; appropriately following the scheduling of Metallica last year. While this may be the case, it was only in November 2014 when the band played their biggest headline show in 12 years at Wembley Arena in London so it is rather astonishing that they're returning to such a big UK musical event so soon. We'll keep our fingers crossed that the band will still be on the line-up by the time the festival actually comes around, considering Lemmy's battle with various health problems over recent years that have forced him to cancel past dates.

It was 35 years since The Pop Group unveiled their UK Indie Chart topper 'For How Much Longer Do We Tolerate Mass Murder?', and now they've returned with their third album 'Citizen Zombie'. Whilst they have been doing a bit of touring since their official reunion in 2010, this will be one of their most exciting performances in a long time. Sleaford Mods - with whom they recently announced they would release a new split 7" later this year - are also on the bill. Could this mean a little surprise on-stage collaboration?

Then there's bands such as the Chemical Brothers and Super Furry Animals. Both festival favourites for very different reasons and both incredible to watch live, they've been somewhat absent from live shows for a fair amount of time. If anywhere is the perfect place to reconnect with these musicians, it's Glastonbury. Their appearances will coincide with the Chemical Brothers' upcoming new album 'Born in the Echoes' as well as the re-issue of Super Furry Animals' 2000 record 'Mwng'. 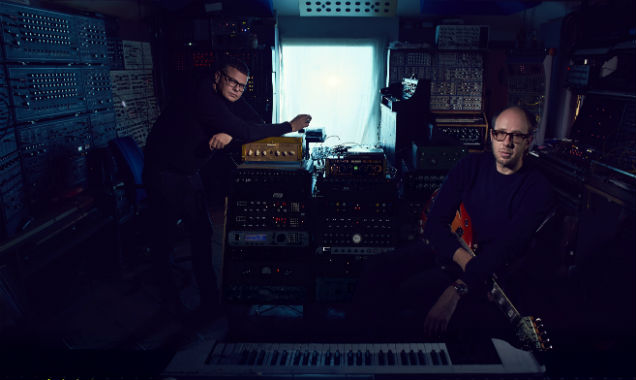 The Chemical Brothers will make for an unmissable show

Probably the biggest surprise is the merging of Franz Ferdinand with Sparks to create supergroup FFS. The two groups couldn't be more different; while Franz Ferdinand are an indie group from Glasgow who shot to fame in 2004, LA band Sparks were making waves 30 years before them with their brand of synth-backed glam-rock. By the time Glastonbury arrives, the new formation will have released their self-titled debut album, coming this June.

Funk and soul pioneer George Clinton will be reunited by his 70s collaborators Parliament and Funkadelic alongside one of their major influences The Family Stone for a performance dubbed The Mothership Returns, in reference to his 1975 album 'Mothership Connection'. This is truly an unmissable set for this year's festival and a rare chance to relive some classic funk/psychedelic sounds. In fact, a large percentage of the line-up so far boasts heavy funk and soul influences; possibly more so than ever before. As well as your classic veteran acts like Mavis Staples, Roy Ayers and Lionel Richie, you'll also see the likes of Pharrell Williams, Mary J. Blige and Gregory Porter.

More: The third Glastonbury headliner will be announced in June

Likely to be main stage Sunday afternoon slot is a bit of world music in the form of Democratic Republic of the Congo collective Kasai Allstars. Glastonbury always throw in a bit of unusual cultural music to shake things up a bit and broaden horizons. 25 strong, the group is a mixture of five bands of the Kasai region with different ethnic backgrounds, merged into one. A brilliant representation of the importance of peace and the union of cultures.