Festival announcement pranks are always the best. At least, we hope it's a prank.

The folks at Glastonbury have an important announcement: Florence Foster Jenkins will perform on the Pyramid Stage for the 2016 festival in the form of a hologram. Yep. You heard us right. The legendary soprano will resurrect her extraordinary vocal prowess once again. 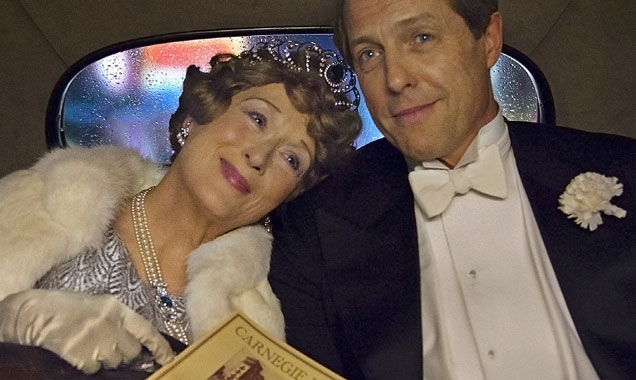 What better way to celebrate April Fool's Day than by sharing news that the world's worst opera singer will return from the dead as a special guest this summer? It's been announced that she will join the likes of 2Pac, Bob Marley and Michael Jackson in the ever-growing list of historic holographic performances following the release of the 'Florence Foster Jenkins' biopic starring Meryl Streep which is out this Spring.

The news also claims that there are rumours circulating that we can expect a duet with headliner Adele, which sounds pretty terrifying to say the least.


For those that are unaware of Jenkins, she was an aspiring opera singer in the 40s who used her inheritance to study music which she had long been denied the chance to do. She went on to perform in several small venues for invite-only concerts, and recorded three collections of operatic pieces; 'The Muse Surmounted: Florence Foster Jenkins and Eleven of Her Rivals', 'The Glory of the Human Voice' and 'Murder on the High C's'. While she genuinely lacked pitch, rhythm and tone, her common-law husband shielded her from the majority of negativity towards her and she she lived most of her life believing herself to be an operatic prodigy.

'Florence Foster Jenkins' the film, starring Meryl Streep and Hugh Grant, is set to be released in UK cinemas on May 6th 2016. However, it's highly unlikely that her alleged Glasto appearance is for real. At least, we hope it isn't; mind you, it wouldn't necessarily be the worst line-up addition Glastonbury has ever seen.