Alice Temperley felt ''overwhelmed'' by the London Olympics opening ceremony because the centrepiece of the event was a recreation of Burrow Hill, which is situated near to her parents' home in Somerset, South West England. 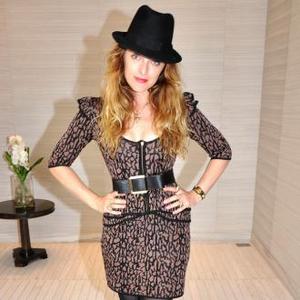 The designer says she was very impressed with the spectacle at the Olympic Stadium in Stratford, east London, on Friday (27.07.12), especially because the centrepiece of the event was a recreation of Burrow Hill, which is situated near to her parents' home in Somerset, South West England.

''I was overwhelmed watching the ceremony. I have grown up under Burrow Hill on my parents' cider farm - a beautiful hill with one tree [pictured left]. It overlooked our family orchards and the moors towards Glastonbury Tor, which features a chapel on its crest - not a tree.''

The picturesque landmark was used to fly the flag of each of the 204 competing nations when the athletes arrived towards the end of the show. leaving Alice very Alice was very proud.

She told vogue.com ''The hill was there the whole way through last night and I thought it was magic, just as our mystical hill has been to us all our lives.''