Tom Brady scared his fans yesterday after he shared a video of him jumping from a cliff while on vacation with his friends and family. 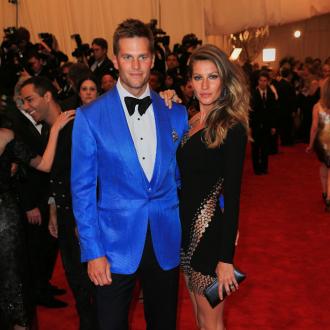 New England Patriots quarterback Tom Brady gave his fans heart palpitations after he uploaded a video of himself leaping from a ledge while on vacation with his family and friends.

In the clip, the 34-year-old model can be heard saying, 'Are you going to jump, Tom?'

The 37-year-old hunk can then be seen gearing himself to jump as their son Benjamin, five, and pals gathered round to watch.

Tom - who also has two-year-old daughter Vivian with his wife of six years - builds up the courage and leaps from the cliff in slow motion before splashing into the pool of water below.

However, the terrifying jump had clearly put the sportsman off doing it again as he captioned the video, which he posted on his official Facebook account, as, 'Never doing that again! ‪#‎AirBrady‬.'

Meanwhile, Tom's theatrical jump could stand him in good stead as he is reportedly thinking about career in acting once he retires from the NFL and has set his sights on conquering Hollywood.

A source said recently: ''At 37, Tom knows he only has a few seasons left before retirement. He's thinking ahead and believes he could become a huge movie star.

''He's used to being a superstar. After winning the Super Bowl again, he's thinking about new challenges outside of football.''

Tom has already landed two big film roles and is set to appear in 'Ted 2' and 'Entourage' next summer.