The model and NFL star, who are happily married and share two children together, first met on a blind date in 2006.

When Brazilian supermodel Gisele Bundchen first laid eyes on NFL superstar Tom Brady during a blind date set up by a mutual friend in 2006, it was definitely love at first sight. So how did the stunning 34-year-old beauty know her husband was the one "straightaway"? 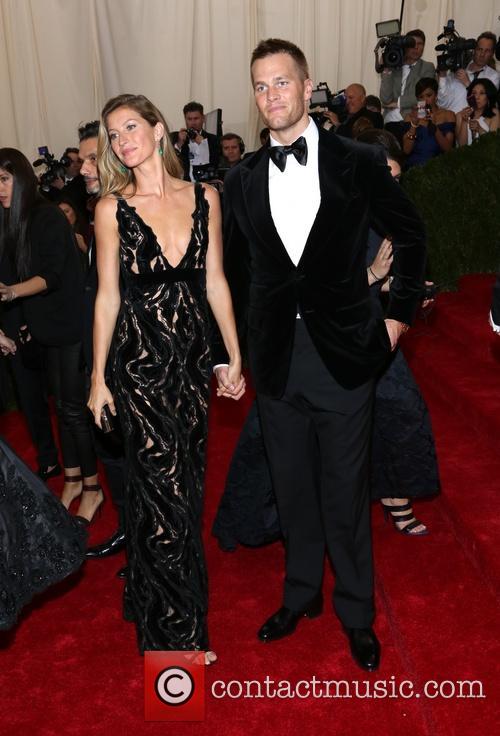 Bundchen and Brady have been married since 2009

Just after Brady's huge win at yesterday evening's NFL Super Bowl XLIX, in which he was awarded the MVP, Bundchen opened up to Vogue UK in its March 2015 issue about the early days of their well-publicised marriage.

"I knew Tom was the one straightaway," the world's highest-paid supermodel told the mag. "I could see it in his eyes that he was a man with integrity who believes in the same things I do."

After meeting each other almost a decade ago, the pair were clearly besotted with each other as they tied the knot three years later, now share two children together, Benjamin, 5, and Vivian, 2, along with Brady's son Jack, 7, whom he shares with Bridget Moynahan.

But despite being one of the wealthiest couples in the world, Bundchen insisted to the mag that motherhood will always be her main focus. "The most important thing for me as a mum is to keep my word," she said. "When I say no, I mean no. I always say they have all the time in the world to sit there saying, 'I want it, I want it,' but they are smart, and if I give in to them they know they can get away with it."

Being one of the most successful models in the world, as well as a wife and mother, it seems Bundchen has everything she ever wanted - apart from privacy.

"I'm a model as a job, I'm Gisele, the daughter of Valdir and Vania, I'm a woman, I am a model. When I go home and shut the door, that's it. If I want to expose something, it should be my choice," she told the magazine. "My earliest memory was going to my grandma's house, milking the cows and collecting the eggs from the chickens. If I could choose, I'd be bare feet, with animals all around me and living in a tree house. Like Tarzan and Jane, that's my dream. I'm at my happiest around nature."