Gisele Bundchen has recorded a song to accompany her new campaign for H&M's autumn/winter 2013 collection. Proceeds from downloads will go to charity. 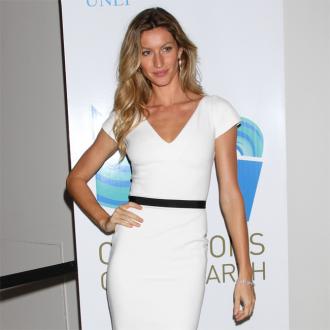 Gisele Bundchen has recorded a song for H&M's new campaign.

The Brazilian supermodel will not only star in the high street brand's autumn/winter 2013 TV adverts, but she has also provided the soundtrack, recording a cover of The Kinks' 'All Day and All of the Night'.

The song will be available to download for free from H&M's official website on September 12, however, fans who are impressed by Gisele's vocal chords can also buy the track on iTunes, with proceeds being donated to charity. A portion of every sale will be gifted to UNICEF to purchase vaccines for children in third world countries.

Gisele said in a statement: ''I am so excited to be the face of H&M this autumn. I love the street style look, and that we can raise funds for a good cause. I hope everyone downloads my song!''

Gisele follows in the footsteps of singing superstar Beyonce, who fronted H&M's summer campaign and provided the vocals for the TV advert, also, with an original song called 'Standing on the Sun'.

The 33-year-old beauty isn't the only singing supermodel, however; Tyra Banks once released a song called 'Shake Ya Body', and Naomi Campbell released an album titled 'Baby Woman' in 1994.