Gisele Bundchen Is Named The Highest Paid Supermodel In The World

Gisele Bundchen has been named the highest paid supermodel in the world according to Forbes magazine, earning $45 million May 2011 and May 2012. 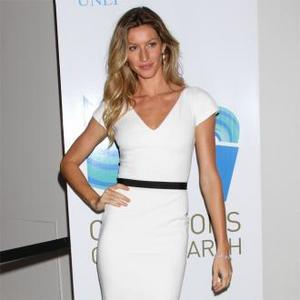 Gisele Bundchen has been named the highest paid supermodel in the world.

The Brazilian beauty raked in $45 million from her modelling contracts and endorsements between May 2011 and May 2012 alone, once again keeping her title as highest paid model in the world, according to Forbes magazine.

The 31-year-old star - who married New England Patriots quarterback Tom Brady in 2009 - is worth over $35 million more than her top competitors, Kate Moss and Natalia Vodianova.

Forbes reports that Gisele has been the highest-paid model in the world since 2004.

In June 2011, the magazine estimated her total earnings over the last 10 years accounted for over $250 million.

Gisele, a former Victoria's Secret model, is also a Goodwill Ambassador for the UN Environmental Program. She counts spokesperson and liscencing deals amongst her many income strands and is the face of Pantene, Esprit, and Versace.

Heidi Klum, who earned $20million, was deemed more of ''more of a businesswoman and multi-media personality'' than a model by Forbes, who removed the German supermodel from their listing.