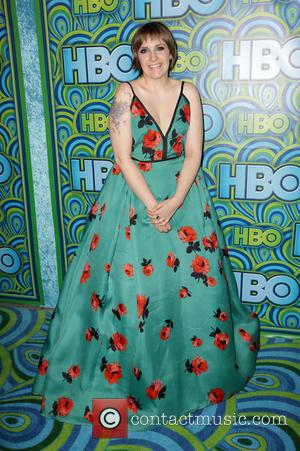 Girls creator and star Lena Dunham has taken aim at Shia LaBeouf for taking to the skies above California to apologise for a plagiarism gaffe.

The actor hired a skywriter to scribble "I Am Sorry Daniel Clowes" in the clouds over Los Angeles last month (Dec13) after admitting he had based his 2012 short film HowardCantour.com on Clowes' comic creation Justin M. Damiano.

But his apology appears to have sparked a new Twitter war of words with outspoken Dunham, who was appalled by his actions.

She wrote, "I've always felt, utterly and unchangeably, that only sociopaths hire skywriters."

LeBeouf responded, "I don't mind creating debate with thoroughly considered artistic expressions but I don't want to offend with a tweet. Sorry world."

Dunham wasn't the only celebrity taking aim at the actor for his skywriting apology - Young Adult star Patton Oswalt also tweeted, "Not easy to pull off crazy And moronic, but you did it, Shia LaBeouf. Sheer a**holery ahead."

The comedian then added, "If you're gonna be that dumb, delusional And boring when you speak, just go ahead and plagiarize."