Actress Lena Dunham Has Signed On To Host A New "Feminist Variety Hour" Podcast Through Buzzfeed.com. 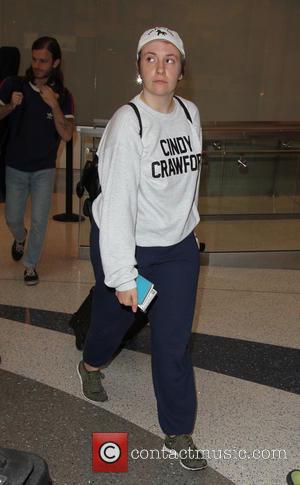 The Girls creator is collaborating with bosses at the popular news website for an audio programme called Women of the Hour, which will feature topics including friendship, productivity, sex, dating and activism.

Lena announced her new project on Instagram.com on Tuesday (20Oct15) in conjunction with the release of the paperback version of her best-selling memoir, Not That Kind of Girl, and the podcast is meant to serve as a continuation of the topics she covers in her tome.

"To further explore some of the themes therein I created a podcast with @buzzfeed and the all lady #PodSquad!," she wrote. "Women of the Hour is a modern variety show about gender, sexuality and feminism - please check out the promo and subscribe to hear many women I love talk about things that matter."

The first episode of Women of the Hour will be released on 5 November (15).