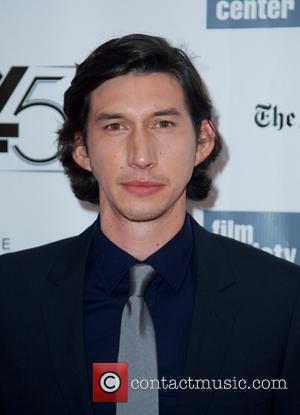 Girls star Adam Driver is still reeling from his early dismissal from the U.S. Marines because he never got the chance to put the skills he learned in military training to use in combat.

The actor, who is among the cast of the new Star Wars movie, never actually experienced war himself because he was medically discharged after breaking his sternum in a mountain bike crash towards the end of his training at Camp Pendleton in California.

He tells the new issue of GQ magazine, "To this day, being sent home early f**kin' kills me. To not get to go with that group of people I had been training with was... painful."

Following his discharge from the Marines, Driver refocused on his acting dreams and reapplied to New York's fabled arts school Julliard, from which he had previously been rejected.