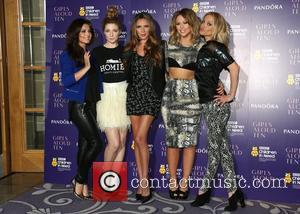 Girls Aloud are set to reunite for a tour next year following the upcoming release of their comeback/10 year anniversary album 'Ten'.

The girl band have been on a three year long hiatus since 2009, with their last performance taking place on September 18th 2009 at Wembley Stadium where they were supporting Coldplay on their tour. Since then, Cheryl Cole, Nicola Roberts and Nadine Coyle all set out on solo careers with the former being significantly the most successful with two consecutive number one albums and one close behind at number two. The band are set to release their greatest hits album, 'Ten', in celebration of 10 years since they were first put together on TV talent show 'Popstars: The Rivals', going on to top the charts with their first single 'Sound of the Underground'. The album will include their brand new single 'Something New' which is due on November 18th following their first performance of the song on the BBC's 'Children in Need' program on the 16th. Cole, Roberts and Coyle have all expressed excitement at the comeback. 'We're really excited. It feels like nothing has changed', Cole told BBC News, while Roberts thought 'It was meant to be' and Coyle described the reunion as 'like a comfort blanket'.

Their 12 date tour will commence in Newcastle on February 21st after 'Ten's release on November 26th.