Is Offensive 'Dads' The Worst Reviewed Show Of The Year?

There was plenty of hope for Dads. Actually, there wasn't really. But, well...we don't know why we said that. No, there just wasn't.

After Seth Macfarlane's Oscars disaster, nobody was particularly anticipating the writer's new live-action comedy with any gusto, especially with Seth Green involved.

The premise is decent. It follow the lives of video game company founders Eli and Warner (Seth Green and Giovanni Ribisi) whose lives are turned upside down when - you guessed it - their fathers (Peter Riegert, Martin Mull) move in.

Continue reading: Is Offensive 'Dads' The Worst Reviewed Show Of The Year?

After a delayed release, the first major review of Gangster Squad has hit the web.

Unfortunately for the movie’s execs, Hollywood Reporter’s resident film critic has deemed it not to be worth the wait. It looks as though this film noir crime thriller is going to fall flat in comparison to leading movies of the genre, such as the excellent LA Confidential, with which this movie has many aesthetic similarities.

Gangster Squad, starring Ryan Gosling, Josh Brolin, Emma Stone and Giovanni Ribisi alongside Sean Penn and Nick Nolte, is set in 1949, an adaptation of Paul Lieberman’s book about the LA mob leader Mickey Cohen. It was originally pulled to re-shoot some scenes in the wake of the Aurora Colorado shooting tragedy last year but nonetheless, its arrival has been highly anticipated not least by virtue of its stellar cast. For McCarthy, though, Gangster Squad is lacking in dimension and whereas Mickey Cohen was widely held to be a charming man who kept his dark side under wraps as far as possible, Sean Penn “lays him exclusively as a raving homicidal maniac who might even have given the Nazi hierarchy pause.”

Mickey Cohen is a dangerous Mafia boss with power over the police and the people of Los Angeles in 1949. His mob and his world revolves around drugs, firearms, prostitutes and casinos with power and money being the only consequence in their criminal misdeeds. However, it's not long before some members of the LAPD begin to question their own methods and power and start to realise that they must be the ones to take down Mickey and his gang but to do so they must hang up their LAPD badges and go into this war without mercy. All they need is five or seven men willing to put their lives on the line against this ruthless mob of forty. But it's not just their own lives threatened in this conflict.

'Gangster Squad' is based on the true story of the real infamous Mickey Cohen which was put into the novel 'Tales from the Gangster Squad' by Paul Lieberman. The crime flick has been directed by Ruben Fleischer ('Zombieland', '30 Minutes or Less') and written by Will Beall ('Castle') in his feature film screenplay debut. It was originally meant to be released in September 2012 but it was pushed back to January 11th 2013 following the tragedy of the Aurora, Colorado movie theater shooting. It was deemed inappropriate for it to be released so soon after given that one scene in the movie was to involve a similar theater massacre.

Perfect Stranger asks the question: How far would you go to keep a secret? When investigative reporter Rowena Price (Halle Berry) learns that her friend’s murder might be connected to powerful ad executive Harrison Hill (Bruce Willis), she goes undercover with the help of her associate, Miles Haley (Giovanni Ribisi).

By Christopher Null
Very Good
It's kind of bizarre that The Big White never landed a proper theatrical release. I mean, how many Robin Williams/Holly Hunter/Woody Harrelson movies go straight to video?

Well, one that I know of.

By Norm Schrager
Bad
Masked & Anonymous, as a title, comes across as a vague, artsy moniker as inaccessible as the film it represents. But look closer at the name of this movie about revolution and despair, and you'll discover a clear reference to the film's writers; credited as Rene Fontaine and Sergei Petrov, the screenwriters have been unmasked, as it were, revealed to be the film's iconic star, Bob Dylan, and director Larry Charles (HBO's Curb Your Enthusiasm).

The result of this combination is an overly ambitious film that's as muddled and cryptic as a mumble-filled Dylan vocal. Dylan stars as the symbolically named Jack Fate, an apparent musical legend, jailed in the midst of a brutally downtrodden America where the government has taken over, war is rampant, and even the counter-revolutionaries have counter-revolutionaries.

By Norm Schrager
Weak
Maybe Paramount held back on giving The Gift a wide release during the Christmas season to avoid too many reviewers saying, "This Gift is a holiday lump of coal..." or something like that. If so, good call.

The latest from Sam Raimi (For Love of the Game) is a muddled thriller, filled with tired clichés and some of the worst casting in years. Raimi, along with screenwriters Billy Bob Thornton and Tom Epperson, try so hard to create a "serious" psychic chiller that the film is practically drained of any excitement.

A Generation X cautionary tale about greed and impatience, "Boiler Room" is a sharp-edged, adrenaline-driven movie that takes place in the eat-or-be-eaten world of crooked stock trading.

Populated by 25-year-old, overnight millionaires who wear their testosterone on the sleeves of their tailored Armani suits, this is an imposing, vigorous and pulsating picture that could have been mighty and portentous if writer-director Ben Younger hadn't cribbed half the script from "Wall Street" and "Glengarry Glen Ross."

Giovanni Ribisi ("The Mod Squad") plays an unscrupulous college dropout looking to make a quick buck with an underground casino he runs from his rented row house. But he starts seeing much bigger dollar signs when a newly-rich (and Ferrari-driving) acquaintance recruits him to cold-call moneyed suckers and pitch them investments for his suspicious brokerage startup.

The first of several pivotal scenes in "Heaven" -- a stirring film about guilt, love, retribution and deliverance directed by Tom Tykwer ("Run Lola Run") from the last screenplay by the late Krzysztof Kieslowski ("Red," "White" and "Blue") -- is impossible to watch without your heart jumping into your throat. A beautiful woman smuggles a homemade bomb (a large C4 packet and a timer set for five minutes) into a Turin, Italy, office high-rise and slips it into an executive's trash can, managing to look nonchalant although on closer examination she is, in fact, frightened and tense but clearly resolute. She then leaves too quickly to notice the janitor enter the office just behind her and empty the trash into her cart.

As the woman hurries to a phone booth across the street, the janitor pushes the cart into a glass elevator already occupied by a father and his two young girls, and the doors close behind her. 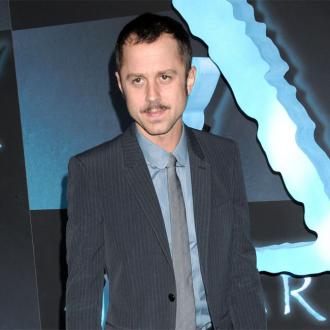