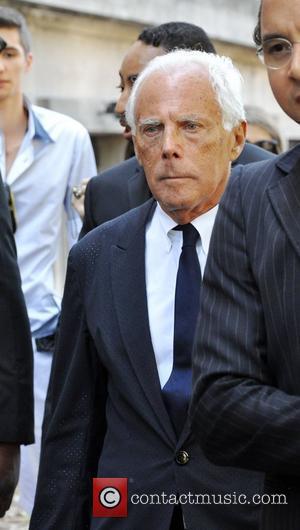 Multi-millionaire fashion designer Giorgio Armani has bought a fake ARMANI wristwatch - because he finds it flattering to be copied.

The Italian style icon picked up the pirate timepiece for $22 (GBP12) - instead of the $710 (GBP395) his own legitimate watches cost - in Shanghai recently, and takes the widespread counterfeiting of his designs as a complement.

He laughs, "It was an identical copy of an EMPORIO ARMANI watch. I know I have some stores in China that have nothing to do with me.

Giorgio Armani: The pandemic has changed how I communicate fashion

Giorgio Armani had doubts he'd succeed in the fashion industry

Giorgio Armani hits back at Madonna