Review of Back II Basics Album by Ginuwine 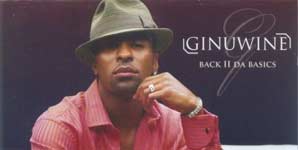 Ginuwine can be considered a veteran of the music game now since he has been around for almost 10 years now. In terms of creative direction ginuwine has adopted a more rudimentary approach towards his latest offering hence the name. The first track on the album after the intro is the club banger "oh girl" which for me doesn't break any boundaries in terms of production or lyrical content. This album did take awhile to grab my attention but good things come to those who wait and I did take a liking to a lot of the more slower sultry tracks that appear later in the album such as "glaze in my eye" and "far away". I thought that overall this album was a worthy listen and would be a good purchase for any ginuwine fan but maybe isn't up to the standard of his previous efforts.