Ginnifer Goodwin wants ''three or five'' children but thinks she needs to clear out her closet to give her home enough space to raise a family first. 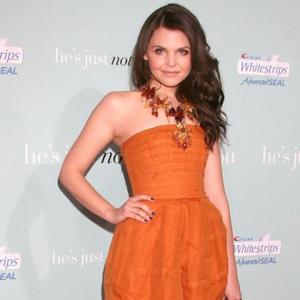 Ginnifer Goodwin wants a big family - when she gets rid of most of her clothes.

The 'He's Just Not That Into You' actress - who has been dating actor Joey Kern for just over a year - would love to become a mother, but thinks she needs to reduce her wardrobe space to create a bedroom for her future children first.

She said: "When I moved into my house, I thought the closet was laughable and now I've filled it. When I have kids, that room as to become a bedroom.

"I want three or five children, but I need a bigger house or a smaller closet. I'm 32, so I'm already thinking about that. If it happened right now, I would absolutely have a baby.

"The only issue I have with ageing is nothing to do with my career, it's that I want to have a lot of kids before I'm physically unable to do so."

Ginnifer - who has previously dated actor Chris Klein - also admits she tries not to get too upset when her relationships end as she knows her heartbreak won't last forever.

She added to Britain's InStyle magazine: "No one in the history of the world ever died of a broken heart. So every time I've cried in bed for four days and eaten endless bags of cookies and refused to bathe, I've always known in my deepest, darkest misery that I would be OK.

"I look at my grandparents, at friends who've been happily married for eons and my sister who married the love of her life. I know those guys are out there so I'm willing to suffer heartbreak to find him."