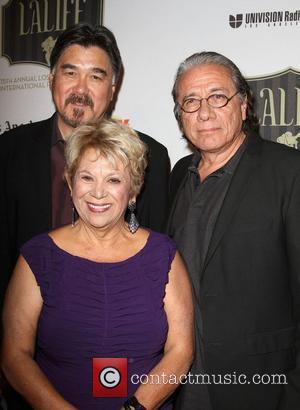 The Filly Brown star was the guest of honour at the National Association of Latino Independent Producers (Nalip) Annual Conference in California on Saturday (08Jun13), and was presented with the inaugural Lupe Award in recognition of her rising star.

Reflecting on her win, a modest Rodriguez says, "It was quite overwhelming having to face the reality that Lupe is no longer with us but the spirit of her life, laughter and love emanated amongst the crowd.

"It was truly a blessed experience to be honoured in her name and to have a room full of peers who loved her and admired her beyond belief. I am not worthy of that award, but I promise to work the rest of my life towards deserving it."

The Lupe Award was designed to celebrate young Latin stars who embrace the same spirit, love and passion for their work as the Selena star did prior to her death last July (12).