She's found a new romance with the 'House Of Lies' star.

Love is in the air for 'Jane The Virgin' star Gina Rodriguez as she embarks on a real life relationship with 'House of Lies' actor Ben Schwartz. The pair were recently spotted getting very cosy in Los Angeles, and appeared to make no secret of their romantic connection while watching a boxing match. 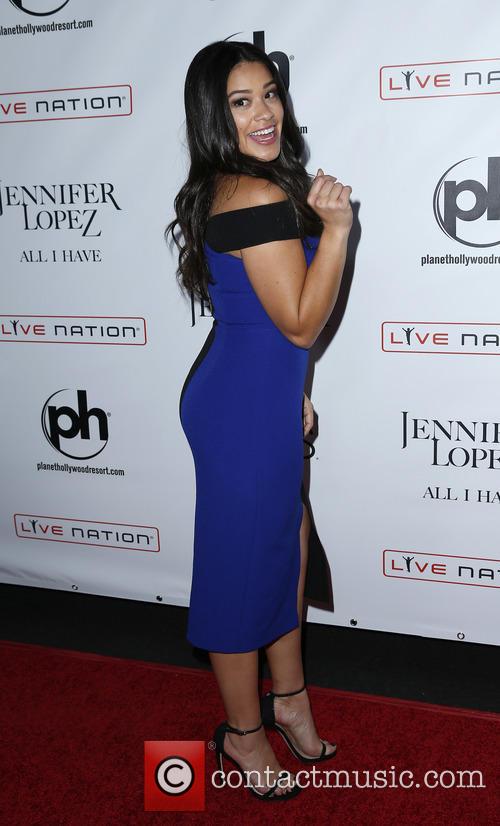 Gina Rodriguez has a new man in her life

It may not seem like the romantic of places to have a date, but Gina Rodriguez and Ben Schwartz looked perfectly happy and at ease as part of the audience at the Danny Garcia versus Robert Guerrero fight held at the Staples Center in LA at the weekend. Danny Garcia may have won his fight, but Schwartz is clearly winning his lady's affections and, indeed, her friends' as Us Magazine reports.

'She's so happy', a source revealed to the publication. 'She thinks he is so great and all her friends love him.'

Further evidence of their apparent relationship came with the news that they have started following each other on Twitter. Everyone knows that's legit love. Though we haven't yet seen any cryptic Tweets from either of them that could be in regards to their relationship.

Rodriguez previously dated Henri Esteve from the show 'Revenge', but split after a year together in 2015 as was made clear when she attended the Emmys alone. 'Gina really cared for him', a source told People at the time of the split. 'She is a sweet person with a prosperous career, but she has limited time and it was just a mutual split. They are still friends and very realistic about relationships.'

Hopefully Rodriguez has more time for Schwartz, and vice versa given that he's had quite the busy career himself appearing in 'Star Wars: The Force Awakens', 'The Walk', 'Parks and Recreation' and, most recently, 'The Intervention' opposite Cobie Smulders and Jason Ritter.