The official Twitter account of the Golden Globes confused America Ferrera with Gina Rodriguez on Thursday morning as the nominations were being announced.

Following the much-publicised mistake by the Golden Globes nominations in identifying America Ferrera as Gina Rodriguez, the latter has laughed it off saying “we always make mix-ups in life, man.”

Whoever was in charge of live-tweeting the nominations ceremony at the Golden Globes on Thursday morning (December 10th) made a spectacular gaffe, as two pictures featuring ‘Ugly Betty’ star America Ferrera, who was announcing the nominations, tagged the handle of Gina Rodriguez, who in turn was being nominated in recognition for her work on ‘Jane the Virgin’. Oops…

“The @goldenglobes noms are about to start! @HereIsGina @ChloeGMoretz @ImAngelaBassett #DennisQuad #GoldenGlobes,” the unfortunate caption read. 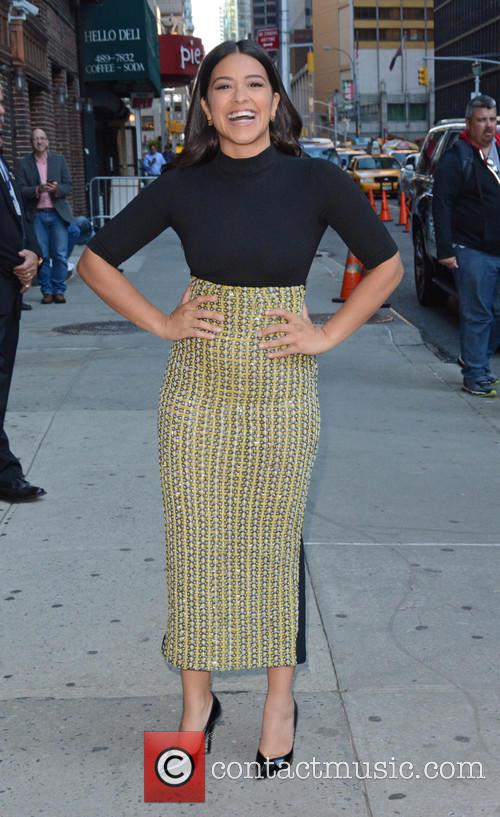 Though the tweets were quickly deleted, quite a few people noticed the mistake and retweeted screengrabs, turning the event into something of a PR disaster for the Globes and its patrons, the Hollywood Foreign Press Association.

However, Rodriguez herself has cast humour on the situation, telling Entertainment Tonight that she was relaxed and forgiving about the mix-up. Indeed, the pair do have a lot in common on the surface, both being Latina, 31 years old and the lead stars of breakout TV comedy dramas, and both the recipients of Golden Globe Awards in the past for their endeavours.

“I didn't hear anything until recently someone sent me an article, but who cares?” Rodriguez said. “America's lovely. She's so beautiful and such a fantastic actress. If there's anybody I want to get mixed up with, it's her for sure! To me, it's like, whatever. We always make mix-ups in life.”

Ferrera has not commented on the incident, by the HFPA offered a rapid apology on Thursday. “What occurred this morning was an unfortunate error,” the agency said in a statement to the same outlet. “Our sincerest apologies to America and Gina.”