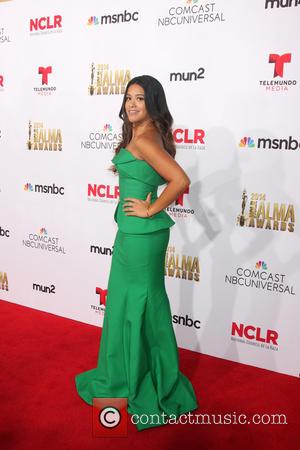 Latino actress Gina Rodriguez was told she'd never make it as a leading lady in Hollywood due to her weight issues.

The Our Family Wedding star was diagnosed with a thyroid disease when she was a student at New York University and as well as struggling to stay awake, she couldn't control her weight gain.

As she embarked on an acting career, she was told time and time again by casting agents that she was too fat to become a star.

Now fronting hit U.S. Tv comedy Jane The Virgin, Rodriguez recalls, "I've always thought, 'I will be a lead and I will be able to empower people around me...' and then I was told, 'No, you're not skinny enough to be a lead, you're not pretty enough'."

The actress has turned to holistics to help battle her weight and hormone issues, but reveals she learned she's also fighting the more serious condition Hashimoto's thyroiditis just after filming the pilot of her new show.

She says, "I was training for a half marathon and I went to see my holistic doctor right after the marathon was done. (She said), 'You have Hashimoto's and to be honest, I don't know how you're standing right now and why you're not asleep. I thought somebody would be bringing you here... Your blood tests are, like, off the charts'.