Prom goers everywhere will be kicking themselves that they didn't think of asking their own favourite celebrity for a loan of their awards show dress for their prom, after Gina Rodriguez jumped at the chance of sharing her Golden Globes gown with an eager fan. 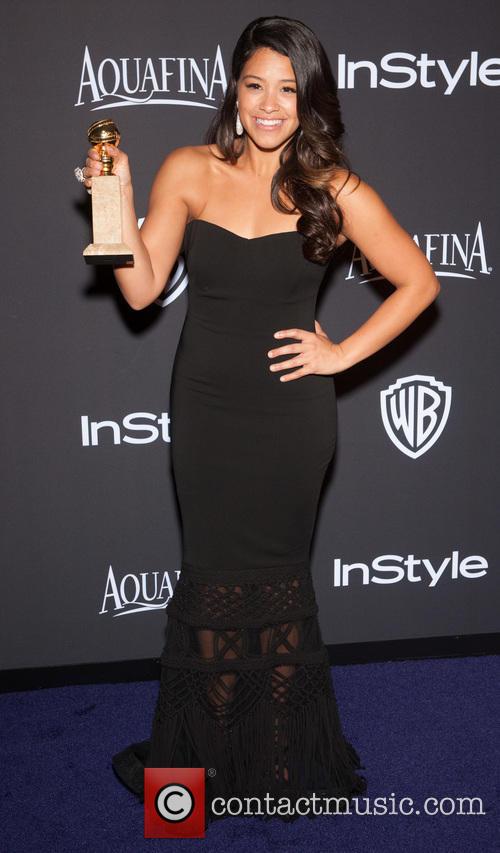 Gina Rodriguez kindly lends her gown to a prom-going fan

The news first arose in January when high school student Jessica Casanova tweeted the 'Jane the Virgin' star admiring her midnight blue Zac Posen dress that looked like something out of a Disney movie. Unfortunately, Rodriguez wasn't able to lend her that one as it wasn't one she owned, but she was willing to pass on her black strapless Badgley Mischka dress which she wore at her first Golden Globes ceremony in 2015 where she won Best Actress for a Comedy TV Show.

In all honesty, the Zac Posen gown was a lot more stunningly beautiful, but who's Casanova to argue when she's wearing a Gina Rodriguez Globes dress? Yup. The deal went through and the student posted a photo on her Twitter account on her prom night this week.

'I tweeted to her after watching the Golden Globes and I said to her, 'I so wish I could wear your Golden Globes dress to prom'', she explained. 'I would say maybe in an hour or an hour and a half she replied and said, 'Maybe we can make this happen.' From there it started to roll.'

Casanova even got a video message from Rodriguez ahead of the big night. 'Just know I love you. I'm so proud of you. I'm so excited for you', she said in the message. 'You look beautiful and everybody will remember it - especially you!'

Now the dress will be passed on to another lucky prom goer according to an exciting new scheme set up by Rodriguez. 'I hope whoever gets it next, it goes in the right hands, because it's something close to her heart and it means a lot to her', Casanova added.