David Duchovny and Gillian Anderson will reprise their roles as Mulder and Scully in 'The X-Files' for a six-episode series, Fox has confirmed. 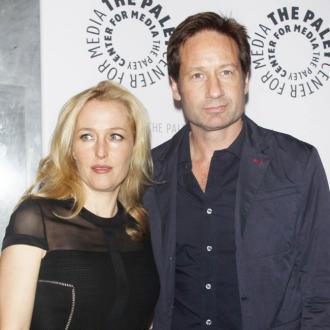 'The X-Files' will return for a six-episode series for the first time in 13 years, it has been confirmed.

Gillian Anderson and David Duchovny will reprise their iconic roles as FBI duo Special Agent Dana Scully and Special Agent Fox Mulder respectively, known as Mulder and Scully, in the Fox TV show, with production set to begin this summer.

Series creator Chris Carter said: ''I think of it as a 13-year commercial break.

''The good news is the world has only gotten that much stranger, a perfect time to tell these six stories.''

Gillian appeared to be delighted with the news as she took to Twitter to message David in character.

David also tweeted his excitement about the reunion, sharing a throwback picture of the pair in character.

Fox sparked speculation in January that the show would return at some point in the near future by admitting there had been ''conversations'' about a reboot, and Dana Walden and Gary Newman, of Fox Television Group, have now admitted they cannot wait for fans to see the ''next thrilling chapter''.

They said: ''We had the privilege of working with Chris on all nine seasons of 'The X-Files' - one of the most rewarding creative experiences of our careers - and we couldn't be more excited to explore that incredible world with him again.

'''The X-Files' was not only a seminal show for both the studio and the network, it was a worldwide phenomenon that shaped pop culture - yet remained a true gem for the legions of fans who embraced it from the beginning.

''Few shows on television have drawn such dedicated fans as 'The X-Files' and we're ecstatic to give them the next thrilling chapter of Mulder and Scully they've been waiting for.''

The cult sci-fi series originally ran from 1993 to 2002 and Gillian has previously admitted she and David didn't always get on well when they were filming the show.

She recently said: ''There were definitely periods when we hated each other ... hate is too strong a word.

''We didn't talk for long periods of time. It was intense, and we were both pains in the a**e for the other at various times.''

But the pair did reprise their roles as Mulder and Scully in 2008 movie 'The X-Files: I Want to Believe', which was written and directed by Chris and also starred Amanda Peet and Billy Connolly.

The broadcast date for the new six-episode series is yet to be revealed.