Sir Ian McKellen And Gillian Anderson Were Among The Celebrities Hitting The Trading Floor In London On Wednesday (04nov15) To Raise Money For Charity. 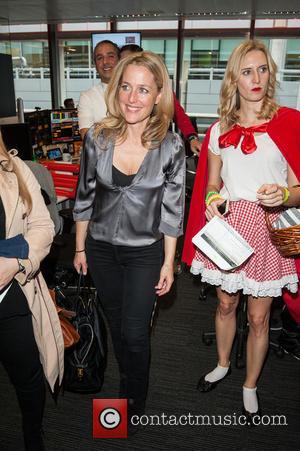 The Lord of the Rings actor made sales calls at the Bloomberg Tradebook agency in the British capital to make money for the Albert Kennedy Trust, which supports members of the lesbian, gay, bisexual and transgender (LGBT) community who are homeless or in crisis.

"This is a wonderful opportunity to raise awareness for and support young LGBT people in crisis, now let's make some money!" he said.

Gillian also stopped by to trade on behalf of London theatre the Young Vic, and she told stockbrokers, "I'm so pleased to be here, without your support we wouldn't be able to put up such shows as we do today."

The annual fundraiser also takes place in Hong Kong and New York City. Traders donate their commissions for the day.