Gillian Anderson wants to meet man who'll ask her out

Gillian Anderson wants to meet a man who is ''brave'' enough to ask her on a date and she hopes the next relationship she embarks upon will be 'The One'. 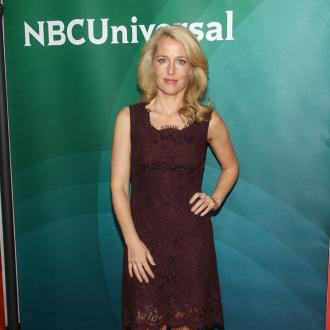 Gillian Anderson wants to meet a man who is ''brave'' enough to ask her on a date.

The 46-year-old actress is currently single and hasn't been in a committed relationship for some time, and although she is perfectly content to be on her own she is open to having a man in her life again.

However, Gillian - who has three children, 20-year-old Piper, from her marriage to Clyde Klotz, and Oscar, eight, and Felix, six, with her ex-partner Mark Griffiths - says no guy ever seems to have the courage to ask her out and on many occasions she's had to take the lead.

In an interview with The Daily Telegraph newspaper, she revealed: ''I'm so lucky to have such great work. I've got a fantastic life, I have a wonderful relationship with my kids, and there's nothing lacking, but I'm leaning towards the idea that it's time for somebody to be brave enough to ask me out.

''I've asked out guys in the past. I remember being in the cinema in the States and I made eye contact with a man going in. I noticed we laughed at same points and seemed to respond in the same way to the same moments. We were both with friends, but he caught up with me as we were filing out. Halfway, I stopped and thought 'What am I doing?' So I rushed back down the street, went up to him and said 'Would you like a coffee sometime?' We dated for six months.''

'The Fall' star has numerous rules when it comes to what type of guys she will date and married men and toy boys are definitely off the agenda.

Gillian - who is set to reprise her most famous role as FBI agent Dana Scully in new episodes of 'The X-Files' - hopes the next romance she does embark on will be 'The One'.

She explained: ''To me, a married man is simply a no go. I'm not interested in younger men either. I suppose I might ask a man out, but I believe at this stage of my life, it's better not to manipulate the situation. If it happens, it happens. What I am sure about is that I want my next relationship to be 'The One'.''