The former 'X-Files' star made her plea to director Paul Feig during a Reddit AMA.

Would you like to see Gillian Anderson go from investigating aliens to tackling ghosts? Well the actress would certainly like to give it a go, as she used her recent Reddit AMA to beg for a part in the new Ghostbusters movie. 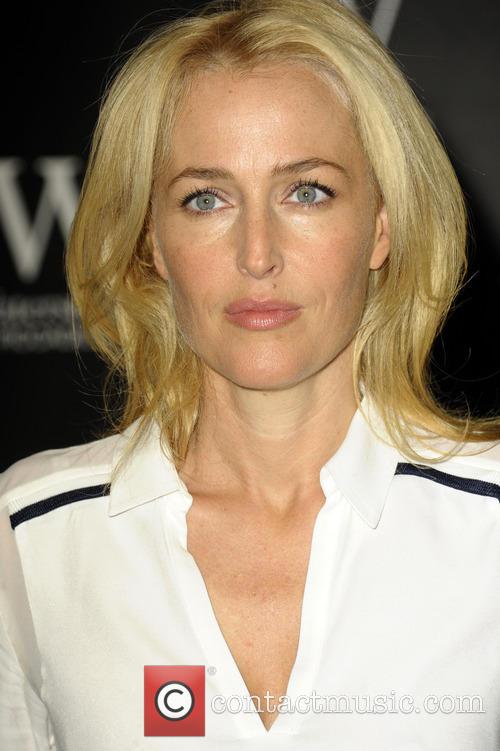 Gillian Anderson would really like a role in Ghostbusters

When a fan asked if she’d like a part in Paul Feig’s upcoming Ghostbusters’ reworking, the former Scully wrote, "Oh my god, I just looked it up online,” before pleading “Paul Feig, cast me now! I’m free I’m free and I’m funny, goddamnit!”

However Anderson may soon be pretty busy again. When the actress was asked if there was any profession with the third X-Files movie Anderson said, "Sorta kinda. Keep your ears to the ground."

More: It's Official! 'Ghostbusters 3' Is Happening!

The new Ghostbusters movie will feature an all female cast and will be helmed by Bridesmaids director Paul Feig. Feig is also writing the script along with Katie Dippold, who he worked with on 2013’s The Heat.

The director announced his new gig earlier this month on Twitter writing, "It's official. I'm making a new Ghostbusters & writing it with @KatieDippold & yes, it will star hilarious women, that's who I'm gonna call."

More: 'Ghostbusters 3' is Underway, But is Melissa McCarthy the Star?

But it seems everybody has an idea on who they’d like to see cast. Original Ghostbuster Bill Murray recently told the Toronto Star he’d like to see Melissa McCarthy, Kristen Wiig, Linda Cardellini, and Emma Stone cast as the new team.

.Feig later told Entertainment Weekly that Murray’s lineup sounded like “an awesome cast,” but right now he’s having too much fun making his mind up.

“That’s part of the fun for me is figuring out what’s the best combo, what’s going to be relevant and fun,” the director said, “Bottom line I just want the best, funniest cast.”