The actors will soon be reprising their ‘X-Files’ roles in a new Fox limited series. 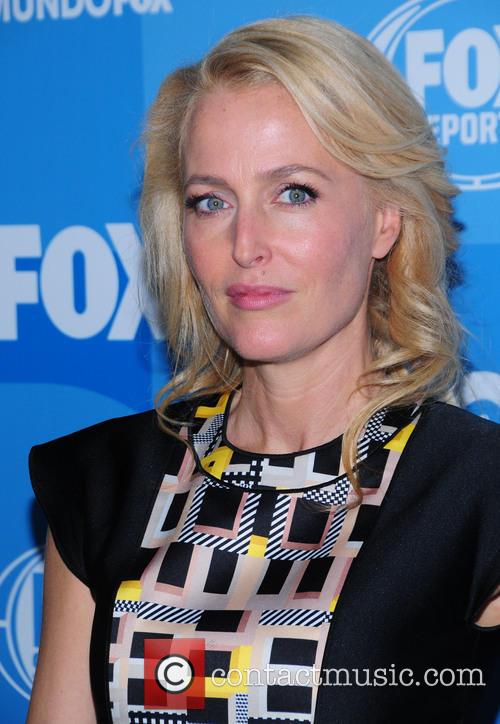 The gig was in support of Duchovny’s debut album Hell Or Highwater, which he released yesterday. Early on in his set, Duchovny was also joined onstage by actress Madeleine Martin who played his daughter Becca on the Showtimes series ‘Californication’ from 2007 to 2014.

Then during the encore his most famous co-star Gillian Anderson appeared onstage telling the band, 'Can we play some real music, please?’ Duchovny responded by asking the actress 'Is there anything you're in the mood for perhaps?' to which Gillian answered, 'Do you guys know 'Helpless'?’

In March Fox confirmed that Duchovny and Anderson would reprise their roles as agents Mulder and Scully for a new six-episode 'The X-Files' event series. The series will debut on Sunday, January 25 2016, with the second episode airing the next evening.

At the FOX 2015 Upfront event on Monday evening Anderson told E! News that not even she knows what to expect from the ‘X-Files’ revival. "I actually don't know a thing," the actress said. "I literally don't know—No, I'm serious for the first time ever…”

"I'm a little bit nervous about it because I want it to be really good, but I need to find the right time,” she added. ‘The X-Files’ last appeared on TV screens in 2002 and Anderson last played the role of Agent Scully in 2008 feature film The X-Files: I Want to Believe.

But the 46 year old might want to review some old ‘X-Files’ episodes before she jumps back into character, as it seems she’s forgotten a few vital details. “Apparently, we had a child, which was conceived in the episode I wrote and directed, so I shouldn't be too shocked, but I kind of forgot about it for a while and had to be reminded,” Anderson told E! “William is like 14 now, so I'm sure he'll show up at some point. That's about all I know.”