Actress Gillian Anderson has disputed reports suggesting she has gone under the knife to maintain her ageless appearance. 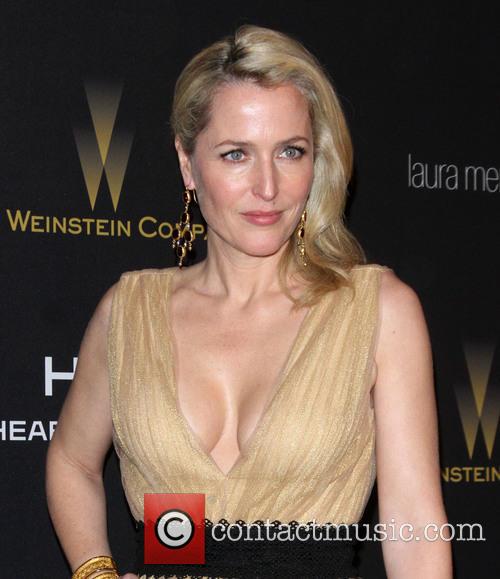 An article published in Britain's Daily Mail newspaper on Thursday (11Feb16) compared The X-Files star's looks 20 years ago with her recent appearance in the 2016 miniseries of the sci-fi show, which has been revived after 14 years.

In the newspaper, a picture of her face is surrounded by arrows which point to areas medical experts believe have been altered with Botox or plastic surgery.

Anderson has ridiculed the piece and brushed off the claims by taking a picture of the newspaper's page and adding in the caption, "If it weren't so sad, this b**locks would have made my day."

She also shared a link to a tweet written by organisers of the EverydaySexism project, which highlights casual acts of sexism, who also uploaded a picture of the article and wrote, "How we respond to the release of new work by a talented and successful woman in 2016.... #EverydaySexism."

The actress recently revealed she had to fight to earn the same salary as her co-star David Duchovny during the series original run between 1993 and 2002, and she was outraged to discover she was only offered half of Duchovny's pay to return for the revival.

"It was shocking to me, given all the work that I had done in the past to get us to be paid fairly," she told The Daily Beast. "I worked really hard toward that and finally got somewhere with it.

"Even in interviews in the last few years, people have said to me, 'I can't believe that happened, how did you feel about it? That is insane.' And my response always was, 'That was then, this is now'... And then it happened again!... I don't even know what to say about it... It is sad."