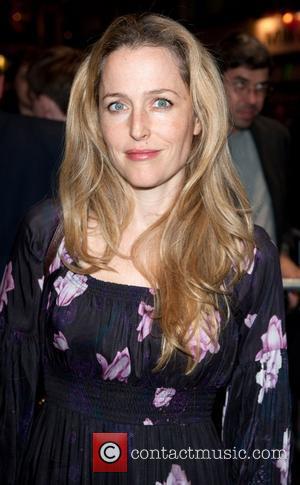 A short film starring Gillian Anderson has been scrapped following a slew of complaints about the graphic content of the global warming awareness movie.
Acclaimed British director/screenwriter Richard Curtis scripted the promo, entitled No Pressure, on behalf of the 10:10 environmental campaign, which aims to bring down carbon emissions.
The online video shows eco activists using a red button to blow up reluctant supporters, including the character played by Anderson, and viewers found some of the scenes disturbing.
And, following a number of complaints, it was pulled from the organisation's website earlier this month (Oct10).
Plans to show the controversial short film in British cinemas have also been scrapped - but Love Actually moviemaker Curtis is hoping the video will encourage Brits to think more about their carbon footprint.
He says, "When you try to be funny on a serious subject, it's obviously risky. I hope people who don't like the little film will still think about the big issue and try to do something about it."