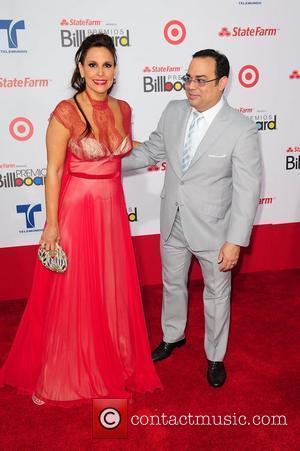 Salsa star Gilberto Santa Rosa is heading to the New York stage to make his Broadway debut in a musical featuring some of his biggest hits.

The veteran Puerto Rican singer will take his bow in Forever Tango, which is set to return to the Big Apple theatre district in July (13) for a 10-week run.

Santa Rosa will perform as a guest vocalist for three weeks and he cannot wait, although the Medias negras hitmaker admits he is battling nerves ahead of his big curtain call.

He tells the Associated Press, "I haven't stopped jumping, screaming and pinching myself because I still don't believe it. I am as anxious as one can be ahead of a project like this one: super-astonished, super-surprised and all the supers you can imagine."

Forever Tango, about the birth of the sexy ballroom dance, originally opened on Broadway in 1997 and returned for a limited engagement in 2004.