Gigi Hadid's mother Yolanda Hadid has confirmed her daughter's pregnancy, as she revealed she is ''so excited'' to welcome the impending arrival. 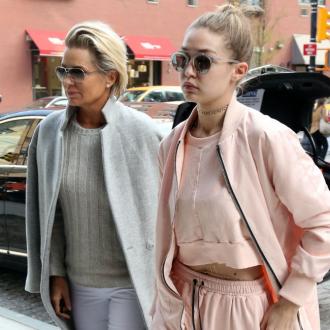 The 25-year-old model was believed to be expecting her first child with her boyfriend Zayn Malik, and although the couple have yet to confirm the news themselves, Gigi's mother Yolanda has said the family are ''so excited'' to welcome the impending arrival.

She is reported to have told Dutch talk show 'RTL Boulevard': ''Still shocked our little secret got leaked to the press. Of course we are so excited. I'm excited to become Oma in September especially after I lost my mom so recently.

''But this is the beauty of life, one soul leaves us and a new one comes in. We feel very blessed.''

Meanwhile, it was recently claimed Gigi is expecting a baby girl.

Family sources have reported the model - who is believed to be 20 weeks pregnant - recently had a scan to determine the sex of the baby, which revealed she and Zayn will become the proud parents of a daughter.

Before Yolanda spoke out about the happy news, sources had also claimed the family are ''overjoyed''.

One insider said: ''Gigi and Zayn are expecting their first child together and the couple is very excited! Gigi has kept the secret close to her family and friends for a while, as she's only a few months along. Once Gigi and Zayn got back together at the end of last year, it was like they never skipped a beat and knew what they had was special. The couple and their families are overjoyed.''

Gigi previously hinted at the possibility of starting a family with the former One Direction star, as she said she's looking forward to her future outside of modelling.