Gigi Hadid 'excited' to be a mother

Gigi Hadid is ''so excited'' to be expecting her first child with her boyfriend Zayn Malik, as sources say she can't wait to ''embark on this new journey of motherhood''. 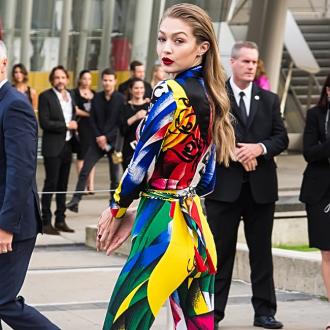 Gigi Hadid is ''so excited'' to be expecting her first child.

The 25-year-old model is believed to be 20 weeks pregnant with her and her boyfriend Zayn Malik's first child, and sources have now said the beauty can't wait to ''embark on this new journey of motherhood''.

An insider told Us Weekly magazine: ''Gigi has been telling her close friends and family about her pregnancy news and was trying to keep it low-key.

''She has been so grateful for all the well-wishes and congratulations she's received. She's so excited to be a mom and so happy to be pregnant and to be embarking on this new journey of motherhood, especially with Zayn by her side.''

Gigi - who is thought to be expecting a baby girl - and Zayn, 27, are yet to confirm the pregnancy news themselves, but the beauty's mother Yolanda Hadid has been quoted as saying she can't wait to become a grandmother.

Yolanda - who is also mother to Bella and Anwar Hadid - reportedly told Dutch talk show 'RTL Boulevard' this week: ''Still shocked our little secret got leaked to the press. Of course we are so excited. I'm excited to become Oma in September especially after I lost my mom so recently.

''But this is the beauty of life, one soul leaves us and a new one comes in. We feel very blessed.''

Gigi previously hinted at the possibility of starting a family with the 'Pillowtalk' hitmaker, as she said she's looking forward to her future outside of modelling.