Picture: A floral tribute from everyone at Versace The funeral of style icon Isabella Blow at Gloucester Cathedral. Gloucester, England - 15.05.07 * BLOW...

Allegra was left the share after Gianni was shot dead in Miami, Florida in 1997, but she has had to wait until her 18th birthday today (30JUN04) to assume control.

Allegra's mother DONATELLA owns 20 per cent of VERSACE and has controlled the fashion house with her brother SANTO, the company chairman - but Allegra will now have the final say in the label's attempts to improve flagging sales and secure its place on fashion's A-list.

Managing Director DANIELE BALLESTRAZZI says,"Allegra has decided to take full responsibility for her quota and exercise her prerogatives.

"Nothing will change. It will just make decision-making more fluid as we'll no longer need to go through her lawyers on questions of strategy." 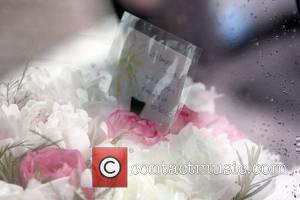