One of the more striking things about the new multi-strand teen drama Palo Alto is how it features a series of second and third-generation artists and rising stars. It's certainly a film that looks forwards, crafting a very different style of teen drama than anything we've seen before. 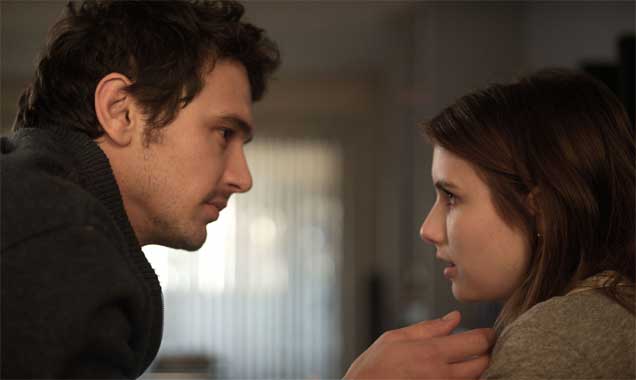 Intriguingly, the film most closely resembles writer-director Gia Coppola's Aunt Sofia's debut film The Virgin Suicides (1999), another evocative teen movie that centred on emotions rather than overt plot points. Gia is also of course the granddaughter of master filmmaker Francis (of The Godfather and Apocalyse Now fame). Her famous cousins include Nicolas Cage and Jason Schwartzman, whose mother Talia Shire (best known as Adrian in Rocky) also appears in Palo Alto.

Based on the collection of stories by James Franco, Palo Alto stars Emma Roberts, daughter of Eric and niece of Julia, and Jack Kilmer, son of Val, who also has a witty role as a drug dealer in Palo Alto. All of these family connections actually add to the texture of the film by giving it a strikingly current vibe. This isn't a film for parents and grandparents, it's for today's teens, who see the world in their own ways. The film also introduces yet another generation of filmmaking Coppolas who show remarkable skill with the camera. Gia's great-grandfathers Francesco Pennino and Carmine Coppola were both acclaimed movie musicians.