Geri and her husband, Christian Horner, are expecting their first child together.

Former Spice Girl Geri Horner is pregnant with her second baby, and her first with her husband Christian Horner, it was revealed today.

The pop star announced her news to her fans via social media on Monday (October 10th) by posting a meme on Instagram calling herself ‘Mama Spice’, next to a sketch of pregnant woman. Hours later, her team made the announcement official with a proper statement.

“Spice Girl Geri Horner (née Halliwell), 44, and husband Christian Horner OBE, 42, are absolutely delighted to announce they are expecting their first child together,” a rep for Geri said. “The couple is overjoyed with the good news and cannot wait to welcome the newest addition to their family.”

Geri already has a 10 year old daughter, Bluebell, from her previous relationship with screenwriter Sacha Gervasi.

More: Is Geri Horner being lined up to present ‘The Great British Bake Off’ on Channel 4?

Horner, the Team Principal at Formula One outfit Red Bull Racing, married Geri in a ceremony in Bedfordshire last May, at which Bluebell was a bridesmaid.

He himself also has a child from a previous relationship, a three year old daughter named Olivia, but Geri admitted last year that they would like to have another child, even being prepared to adopt. 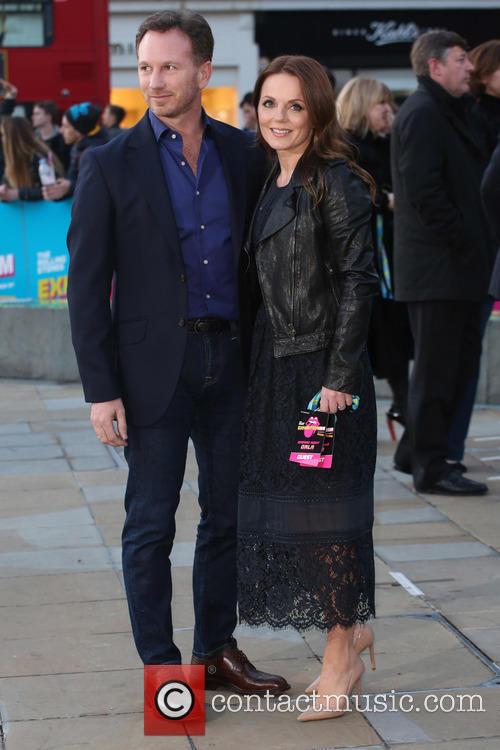 Last year, Geri said: “My husband is my best friend. He knows me inside out, I don't edit myself with him. It was a big learning curve.”

“If it happens it happens and that will be amazing. But we are already blessed with two girls. We might think about adoption but to be honest, we know we are so lucky and so happy with things as they are, you have to realise when not to push your luck.”

More: Mel B, Emma and Geri have reportedly recorded a new song