Newlywed Geri Halliwell Reportedly Sang A Spice Girls Track To Her New Husband At Their Wedding Reception On Friday (15may15). 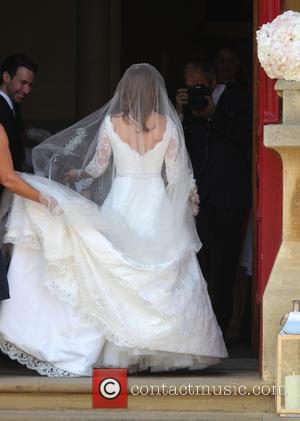 The pop star married Formula One boss Christian Horner in Woburn, England and sources claim Halliwell treated her husband to a performance of her former band's debut hit Wannabe.

An insider tells Britain's Daily Mirror newspaper, "Before their first date, Christian googled Geri - and found a video of her doing the song. Geri found it hilarious that he had researched her and the song became a running joke."

Following the romantic ceremony, Halliwell said, "We are thrilled. It has been an amazing day, filled with so much love, joy and laughter and the sun shone through. It has been such a day of happiness and one we will always remember. It has been everything we hoped it would be and more - perfect."