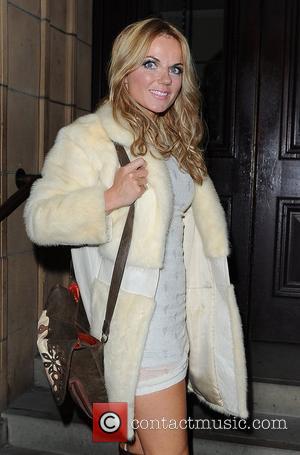 Former Spice Girls star Geri Halliwell has stripped off to model a line of sexy lingerie she has designed for a British chain.
The singer has unveiled her first collection of lacy bras and panties for U.K. retailer Next, due to hit shops in time for Valentine's Day in February (12).
Halliwell, who models the underwear in a sizzling advertising campaign, hopes her range will make female fans feel good about their figures.
She says, "Basically, my aim was to make boobs look bigger and bums smaller! I feel I understand women's bodies. This was my chance to do the sort of underwear for girls that the boys would like too, if you know what I mean!"