Geri Halliwell Announces Engagement! But Who Is Fiancee Christian Horner?

Meet the racing millionaire who won the ex-Spice Girl's heart.

Former Spice Girl Geri Halliwell announced her engagement today to Red Bull team boss Christian Horner. The 40 year old is a pretty big deal in the racing world, but if you’re not all that up on your Formula One knowledge then the name Christian Horner probably means nothing to you. So lets take a closer look at the future Mr Ginger Spice... 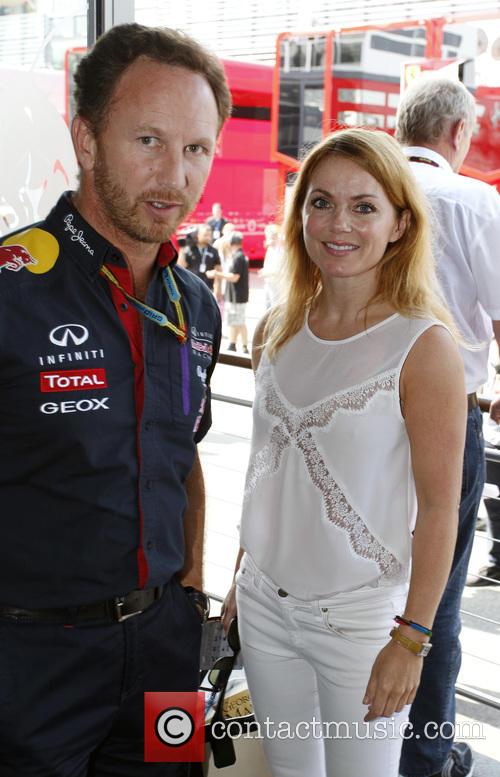 Geri and Christian’s engagement was announced today Cumberbatch style, with a notice in The Times newspaper which read, 'Mr C.E.J. Horner OBE and Geri Halliwell, The engagement is announced between Christian, son of Mr and Mrs G.M. Horner and Geraldine, daughter of the late Mr L.F. Halliwell and Mrs A. Parkinson.’

Halliwell and Horner are said to have begun dating in January, but only went public with their world wind romance in March. The pair however have known each other since 2009, first meeting when Geri attended the Monaco Grand Prix with Bernie Ecclestone.

Millionaire Christian began his racing career when he won the prestigious Formula Renault scholarship when he was just 18. After competing competitively for seven years Horner moved into team management, beginning with the Formula 3000 Arden team.

After leading his team to four double world-championship wins, Horner was made an OBE in 2013 for his services to motorsport.

But Horner and Halliwell’s relationship has attracted some negative tabloid coverage, due to the end of his 14 year relationship with former partner Beverley Allen. Horner and Allen were reported to have split just six months after the birth of their daughter Olivia. 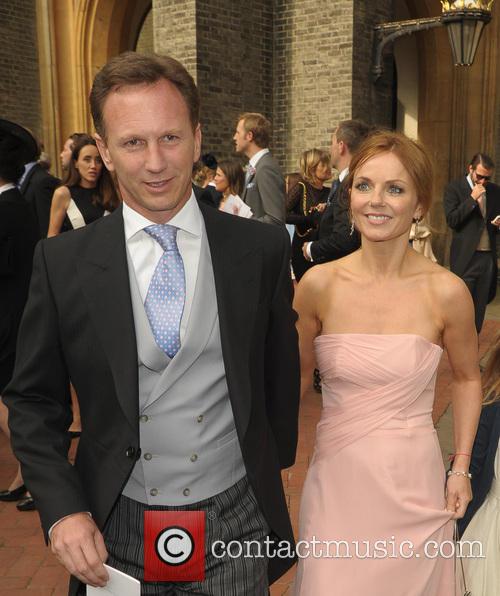 Getting ideas? Geri and Christian during the wedding of Poppy Delevinge

After announcing their engagement today a rep for Halliwell told The Daily Mail, 'Everyone is really pleased for them and wish them happiness and good health together for many many years to come.'