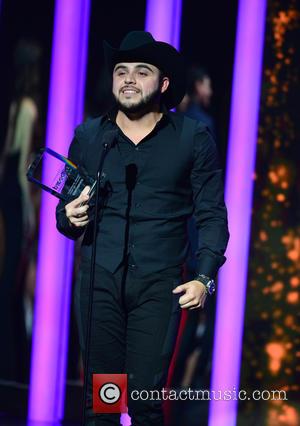 The 22 year old was killed in a car accident near Sinaloa, Mexico in February (15) and now his bandmates have been invited to honour his memory on the Dos Mundos, Una Historia tour, which begins in Oregon on 22 May (15).

Teenager Jose Manuel Lopez Castro will replace Camacho in the band for the tour.

The shows will also mark a return to the stage for Olivas after he was shot onstage at a gig in Chihuahua in February (15) by the jealous boyfriend of a fan after the headliner dedicated a song to her.

The 21-year-old singer and accordionist was hit twice and underwent surgery following the concert. The gunman has been arrested.

Announcing the tour on Tuesday (19May15), Olivas said, "I’m just excited about what's coming. I've had a really quick and favourable recovery, considering what happened. I'm trying to take care of myself by eating right, and eventually I'll back get to exercising. For now, I've been doing a lot of physical therapy, especially in my legs.

"It's time to put all of the sadness, fear, and negativity behind. I’m feeling incredibly motivated. Opportunities like this one don’t come around often and you have to take them."