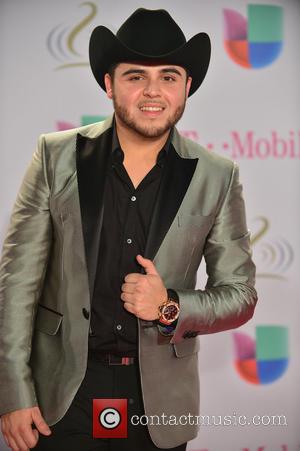 Mexican singer Gerardo Ortiz has been denied permission to perform in his hometown of Culiacan.

Ortiz has not performed in the country since 2011, when his manager and driver were fatally wounded in Colima after gunman surrounded their vehicle and opened fire.

Citing safety concerns, public officials have denied his request to host a show in the city saying, "(The performance could) alter the social environment."

A statement from an Ortiz spokesperson to Billboard.com reads: "(Gerardo Ortiz is) very disappointed that he could not perform in his hometown. He's been looking forward to it throughout the entire Mexican tour."