The project arrives alongside the inclusion of a song for the new Kevin Smith film, Tusk. The song is a version of an 16th Century English folk song entitled ‘Oh, Waly, Waly’ which Smith described as an “achingly beautiful, haunting declaration of undying, hopeless love” in a recent interview. Way will play on the NME/Radio 1 stage alongside the likes of Metronomy, Warpaint and The Courteeners.

The Festival Republic stage, always a cesspool of hotly-tipped emerging talent has added the likes of King Charles, Southern, We Are Scientists, The Amazing Snakeheads, American Authors, Little Matador, The Minutes. Leaders of Men, The Sunshine Underground, The Pains Of Being Pure At Heart, Sivu, Drowners, Lucious and last but not least, Saint Raymond.

The Radio 1 dance tent has also fattened its line-up with the new inclusion of Sigma, Indiana, RUFUS, Panama, Kove, Mø, Lxury and Billion. Meanwhile, The Pit (formerly known as the Lock Up Stage) has added We Came As Romans, Crosses, Muncie Girls, Brutality Will Prevail, Lesser Key, The HELL, Beasts, Masked Intruder, Emily’s Army and Vales.

Paramore, Queens Of The Stone Age, Arctic Monkeys and Blink-182 headline the event which takes place over August bank holiday weekend between the 22nd and 24th of August. 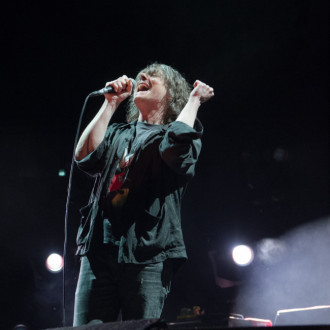