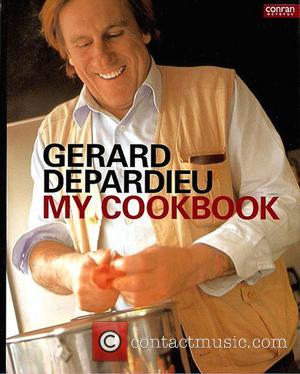 Picture: Gerard Depardieu's My Cookbook Signature dish: A saucy Boeuf Bourguignon - . . . .Did they eat it? Of course. You'll eat anything if you're 'fame-ished'!...

French actor Gerard Depardieu has signed on as the new face of Swiss watch manufacturer Cvstos, according to new reports.

The Green Card star, who became a Russian citizen last year (13), is featured in a publicity photo on the company's Facebook page, sporting a jacket with the Russian state symbol of a double-headed eagle and a watch with an identical golden eagle on the dial.

Reports suggest he will front new 'Proud to be Russian' adverts for the Jetliner automatic Eagle of Russia watches.