Gerard Depardieu has said he is ''sorry'' for urinating on the floor of a plane but insists he was not drunk when the incident happened. 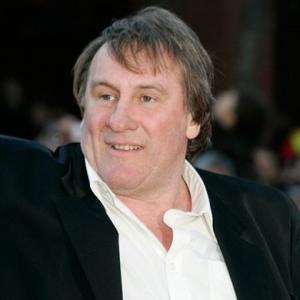 Gerard Depardieu has apologised for urinating on a plane.

The French actor - who relieved himself in front of other passengers on a flight from Paris to Dublin as he couldn't wait until they were in the air on Tuesday (16.08.11) - has denied he was drunk and was simply desperate to pass water because he has "prostate problems"

A statement released by his friend, actor Edouard Baer, said: "Gerard is very sorry for what happened. He wanted to go to the toilet but he was forbidden because we were about to take off, so he was forced to do it on the plane in front of everybody.

"He has prostate problems and it was very worrying and humiliating for him. He was also stone-cold sober at the time. This is not the way he usually behaves."

Although Edouard, who was flying with the 64-year-old star on the CityJet plane, tried to rectify the situation by giving him a receptacle in which to urinate, but it overflowed.

He added: "I found the solution by passing him a mini Evian water bottle, but it was too small and overflowed."

Passengers and crew on the plane - which had to be held for two hours to be cleaned after the incident - reacted with shock after seeing the 'Green Card' actor under such stress and one claimed he was drunk.

An unnamed onlooker said: "He said he could not wait and there and then he stood up and did in on the floor.

"We could see he had been drinking. The stewardess was dumbfounded. No one said anything. It all happened with courtesy."